The most important Google Updates of the last years!

We advise you in advance about our possibilities.

We optimise all texts for high added value right from the start!

We pay attention to fast loading times for desktop PCs and mobile devices!

Google Updates have a direct or indirect effect on websites all over the world!

We inform you in our blog and on this page in a summary about the changes after updates!

We know the reasons and effects of all Google updates.

Google Updates – A book with 7 seals?

An update from Google can cause a disaster for webmasters or mean heaven on earth. If a website has received a penalty from Google, the consequences are often immense, because often a lot of sales depend on the rankings on Google. But it can also be quite different if rankings improve extremely overnight.
Fact is: Google tries to improve the search results with regular updates and to constantly increase efficiency. As an SEO agency, this fact permanently poses new challenges. There are updates to be considered, which in many cases are imported in the background and only become known little by little. These are called phantom updates, because they are simply imported without announcement. But there are also updates that are officially announced by Google before and after the update. Here we give you an overview of the most important updates of the last years:

The Google Core Update in May 2020 seems to have had a greater impact than originally thought. We will inform you in our blog and enter the final results here to keep the overview up to date.

January 2020 – The next Core Update is rolled out

The new year hasn’t even really started yet and the next update is already rolled out. 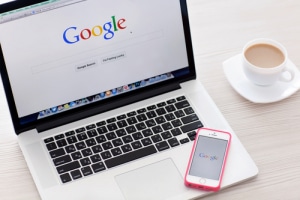 September 2019 – The September Core Update was rolled out

Again, the update was announced by Google shortly before, but again with little helpful information for website operators. Large SEO tool manufacturers think they have recognized that especially large companies from the health and travel industry are affected. 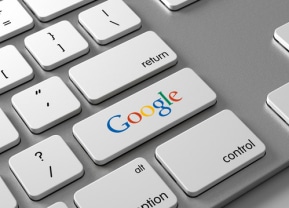 October 2018 – Google sends the doctor for the 2nd time

Even if the name is not really correct, the name was born and the Medic Update took its course. A few months after the first Medic Update, the second stage followed and left clear indications. In this update, corrections and enhancements were applied that were derived from the previous one. However, the update continued to focus on websites that deal with important topics in life, such as health, finances and similar issues. 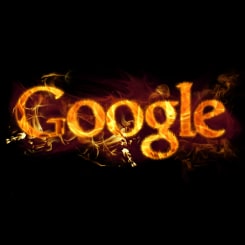 The Google Core Algorithm Update includes several successive updates designed to increase the relevance of web pages. The focus is on the users, who are supposed to evaluate the relevance of web pages and can suggest improvements if necessary.
Google does not provide much information about these updates, but through the official channels it was said that underestimated websites would benefit from this update. This meant that webmasters could not adapt to changing requirements. However, it was possible to draw conclusions because many websites had to struggle with a loss of ranking and a drop in visitors. If you took a closer look at these “losers”, to whom Google did not admit the slightest mistake, you could already draw conclusions from the update.

It was a challenge to website operators to further improve the quality of the content. The next stage of the Google Core Algorithm was then launched in mid-April of that year. Again, there was no information about the content of the update, but another core update followed in August 2018, which brought major changes. Again, the search engine giant held back with information as much as possible, but at least they gave out the information that Google would officially comment on necessary changes if there was a need. You could already guess that further core updates would follow and so it came. But in the middle of it……. 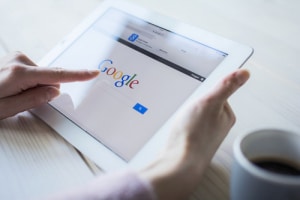 Hummingbirds are nimble and extremely agile. The Hummingbird Update was one of the most important updates in the history of Google, because with this update the search results were refined again and thus more precise. It not only meant that Google’s keywords were better understood and could be interpreted more accurately. With the Hummingbird update Google was able to better understand the search intentions of the users. This led to an immense increase in the quality of the Google hits. It was the birth of the answering of questions by search engines.
For SEO companies that didn’t do a good job, the Hummingbird Update was a disaster, because inferior text and high bounce rates meant numerous ranking losses. Websites that provided your visitors with added value in information were pushed hard, however. Only 10% of all websites worldwide were not affected by the Hummingbird update. That alone already shows the importance of this update. 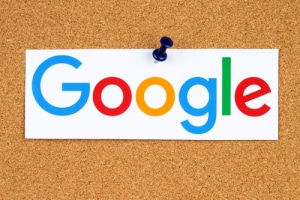 Since the Panda Update, the work of webmasters and SEO agencies has changed fundamentally. The Panda update was rolled out for the first time in February in the USA, as in all subsequent updates. Half a year later the European countries followed suit. The aim of the Panda Update was to improve the search results with regard to the qualitative content. To achieve this, Google has a quality factor for the existing texts on a website.

Websites with texts that had no added value for the user were mercilessly punished at that time. In addition, websites that had published the same texts several times on the page or websites that used copied texts were also affected. Online shops that simply took over manufacturer’s texts were also often affected.
Of course, other factors were also included in the update when evaluating a website. An extremely high bounce rate and the associated very low retention time also played and still play a role. A too high percentage of keywords also indicates inferior texts. On the other hand, a high percentage of unique text was rewarded.

As a result, the entire text of a website was re-evaluated and led to millions of websites being penalised. On the other hand, especially daily updated websites that have been editorially reviewed became the winners of the Panda Update. 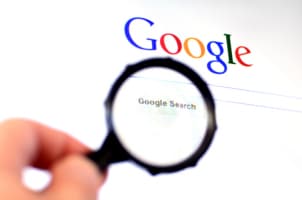 After numerous core updates, which have run in 2019, there is a real surprise at the end of the year. The officially announced Bert Update (stands for Bidirectional Encoder Representations from Transformers) hits like a bomb. The search algorithm has been changed so that search phrases can now be better recognized and evaluated. This update was initially released in English only, but it is only the beginning of a worldwide improvement in the recognition of linguistic content. So far, the Bert update will be available in over 20 languages and will provide better search results in combination with the feature snippets. 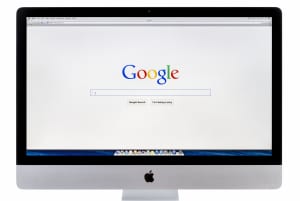 As previously announced, 2019 saw several Google Core Updates in a row, which led to a big shift in search results. As with the previous Core Updates, there was again only sparse information from Google and it followed

Although this time there was even an official notification from Google about this core update, one could again only guess what changes had been made. So it came as it had to come…..

August 2018 – Google sends the doctor over (for the first time)

The Google Medic Update did not get its name from Google, but from experts in the SEO scene. This update mainly affected websites that have positioned themselves in the medical sector. However, Google always denied that this industry was the focus of the update. After a thorough analysis of the winners and losers in the Google search results, it was possible to conclude that it is all about the trustworthiness and authority of websites that deal directly with important information for life and limb and what trust users place in them. Google’s Guide to Quality gives precise information about the guidelines that the search engines apply. 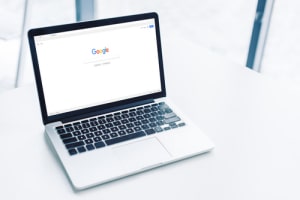 2015 – The mobile Armageddon has begun

By 2015, mobile devices will be able to display exactly the same search results as desktop computers. The increasing number of smartphones forced Google to take action here as well. Because mobile devices have different navigation requirements, mobile-friendly web pages have been given more attention in mobile searches. This in turn forced webmasters to react to such a development. Since then, more and more websites have been optimized for mobile devices such as smartphones and tablet PCs, although the update has by far not had as great an impact on rankings as previous Google updates. Today, optimization for mobile devices is standard and no webmaster ignores this.

Penguins are actually quite peaceful, but this update went to Black Hat SEO’s neck. Starting in April 2012, The Google Penguin Update Update started its campaign against spam, keyword spam, link buying and other dirty techniques. Rapid link building was also punished and was not considered organic. The entire Penguin Update has stretched until 2014, as a total of updates were necessary to make all changes and to give the webmasters the opportunity to make modifications. This is also the end of countless link farms and web catalogues that were used for link building. Unnecessary spam sites were also hit hard. Google has thus managed to improve search results many times over and to separate the wheat from the chaff in search engine marketing.

An important part of the penguin update was realized in 2014, because at that time the local search results were included more in the general search index. As many companies had by now created a Google My Business entry, the importance of this was strengthened and Google Maps also gained in importance. This also increased the clientele for local search engine optimization.

Google Updates and the effects!

Many Google Updates can have positive or negative effects on a website. We are happy to advise you! 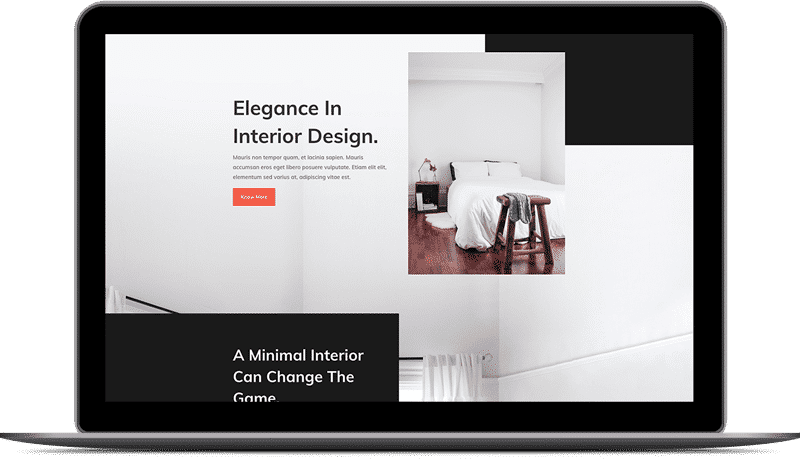 We help you if you have lost rankings after a Google Update. 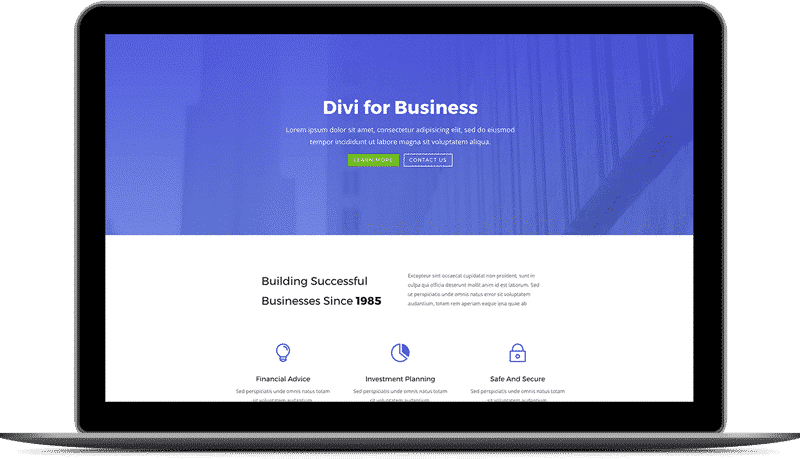 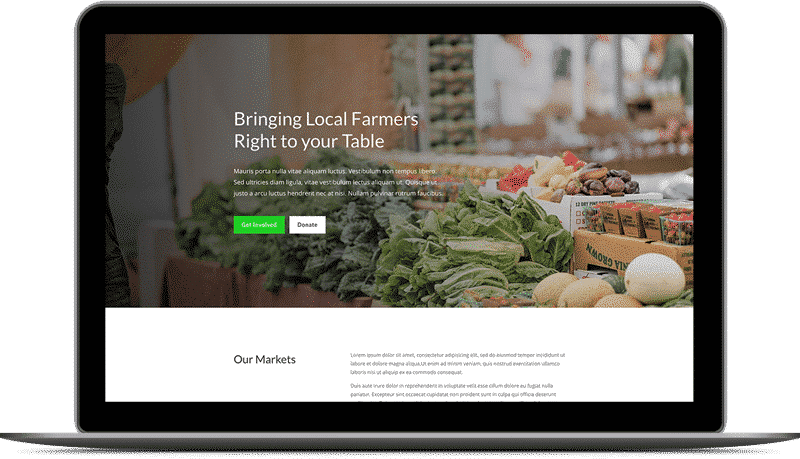 Place advertising for your new website. We are happy to help you!

We will gladly make you an individual offer!